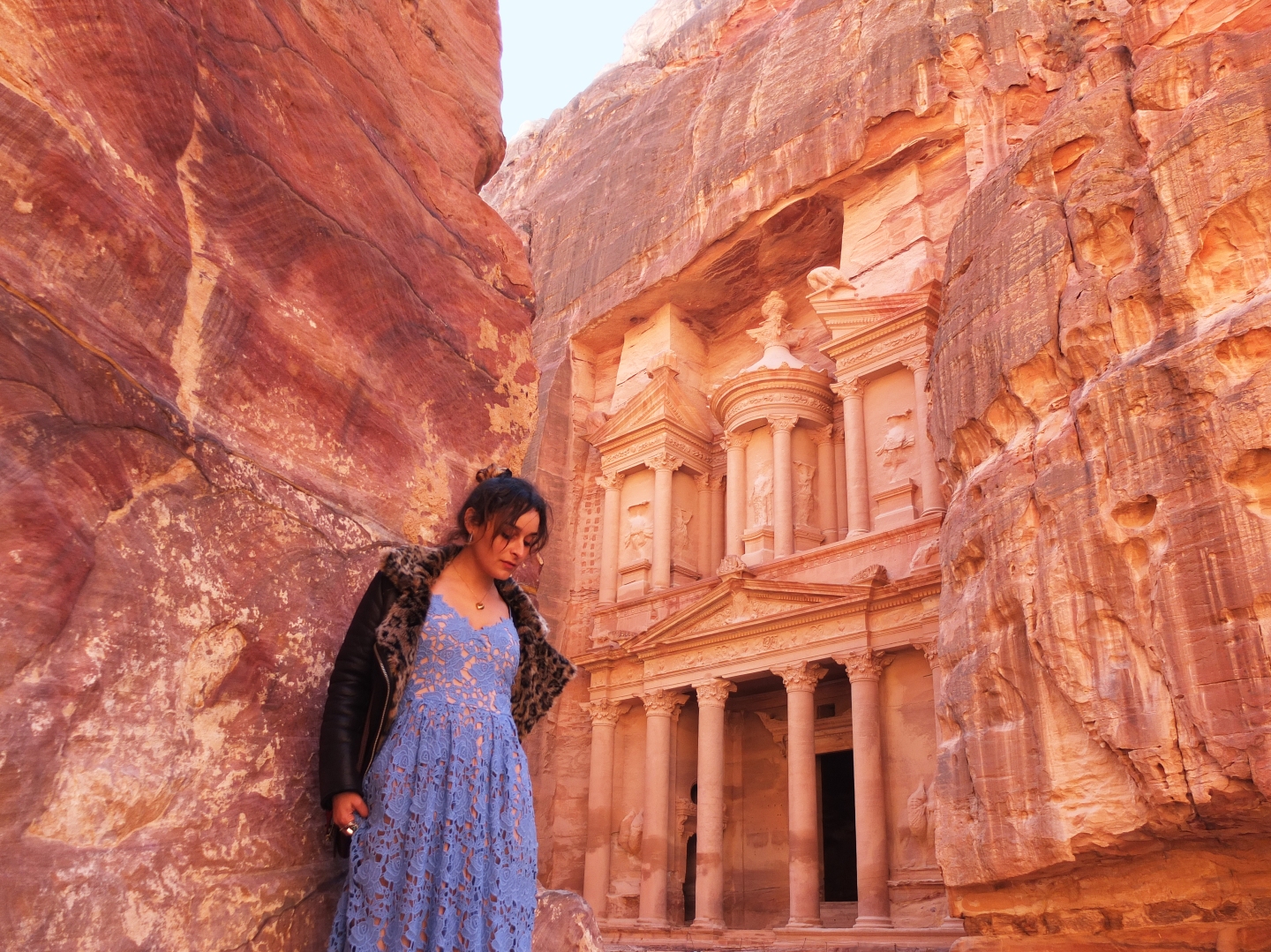 After the snow from the previous night, we were so afraid that Petra would be frizzing and that we wouldn’t be able to visit it. I didn’t even brought socks (I left them back at the car in Eilat)! But, against all odds, the weather was just lovely, and the blue skies matched perfectly with the beautiful orange and pink from the mountains! We stayed at Rocky Mountain Hotel in Wadi Musa, which is owned by Jane, who’s a Kiwi married to a Jordanian and was really helpful and so interesting to talk to. 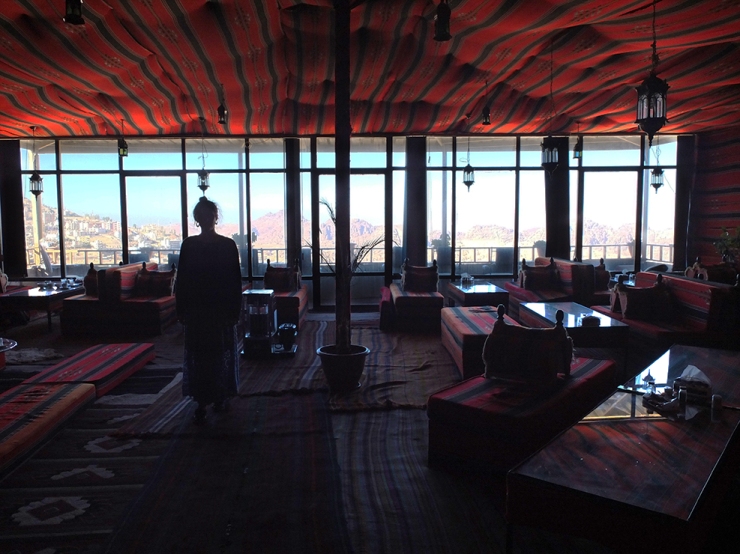 After breakfast we went down the hill on foot, as Wadi Musa is not that big. Jordan is not a cheap country and because there are so many people who want to visit Petra, the entrance ticket to Petra doesn’t come cheap (around 50€ per person). The light on the rocks was amazing, so orange and pink and if you pay attention to the sediments it is possible to identify all the layers serpentining with different shades and colors. 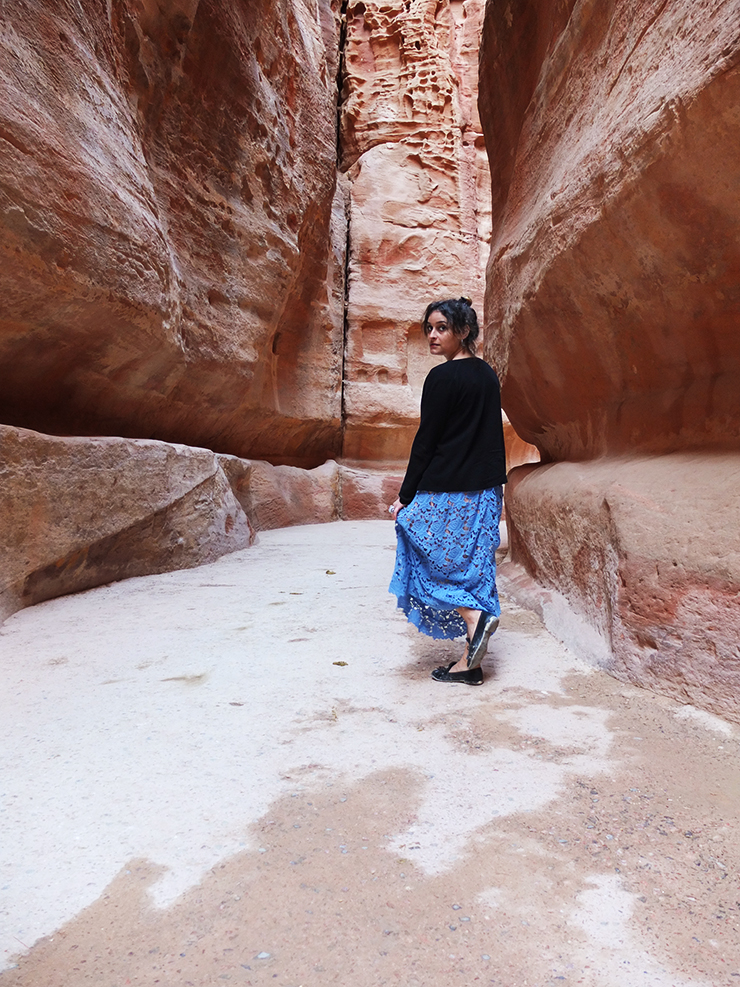 Jane, the hotel owner told us that the week before there were a lot of tourists that weren’t able to visit Petra because of extreme fog and low temperatures, so maybe that’s why there weren’t a lot of people visiting. I guess that if the weather is on your side, Winter can be wonderful to visit this kind of places, as the feeling of grandeur becomes stronger because you feel you’re discovering everything by yourself. 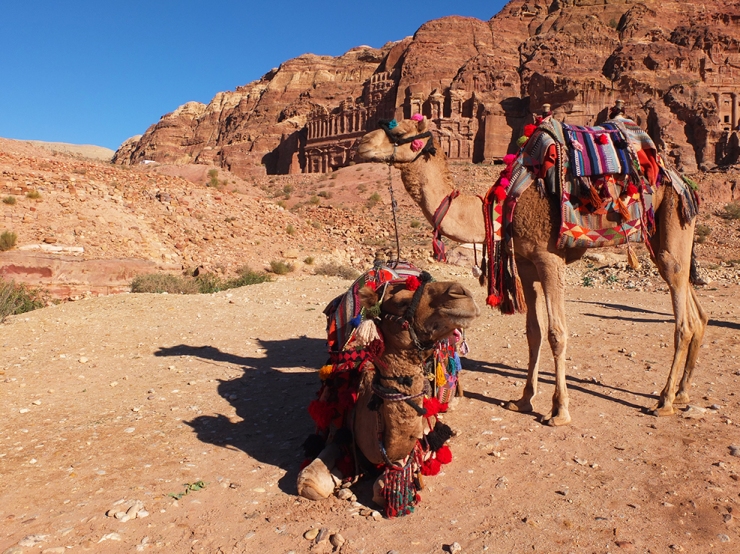 Petra was a huge city since around 300 BC, and the Nabataeans proliferated with its proximity to trading routes. There were about 20.000 people living there and besides their skills for carving stone they were also very good in finding ways to make the most out of the water (which was a scarce resource). The city was conquered by the Roman Empire circa 100 AD and it started declining when sea trading routes emerged. After two earthquakes (one in 363 and other in 551) the city couldn’t survive the damage and it became deserted.